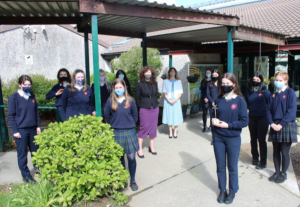 All films made in schools during the Cork Young Filmmakers 2020/21 series were screened as part of the First Cut! Youth Film Festival during the week of 17-21 May.

The Cork Young Filmmakers (CYF) project is a series of one-day, two-day and week-long filmmaking workshops for youth groups and schools throughout County Cork. It is managed by Cork Film Centre, and funded by Cork County Council Arts Office and SECAD (South & East Cork Area Development). It has been running since 2006.