In response to demand, Cork Film Centre set up CFC Future Filmmakers, a youth filmmaking project to provide a progression from Cork Young Filmmakers workshops. Participants met in Ballincollig on Saturdays during the winter and spring for screenings, talks and workshops, while developing their own projects. 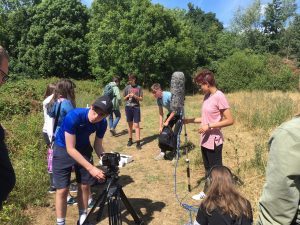 Future Filmmakers received a grant from Creative Ireland to make a short documentary about the Gunpowder Mills. The resulting film was screened in Ballincollig during Heritage Week, and officially launched at the Cork Film Centre. 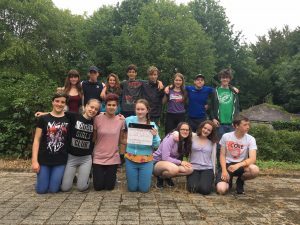 Future Filmmakers also received a grant under the Ballincollig / Carrigaline Municipal District Creative Communities Awards to make a fictional film. The group brainstormed a script, and Future Crimes was shot during school holidays. The film screened for cast, crew, families and friends in the Reel Cinema, Ballincollig, and was featured during the First Cut! Youth Film Festival 2019.