Home » Past Exhibitions » THE LION IS A DIAMOND’ – ENYA ZIA FORTUNA

THE LION IS A DIAMOND’ – ENYA ZIA FORTUNA

Do we really know about the distribution of wealth and it’s evolution in long term. Do the dynamics of private capital accumulation inevitably lead to the concentration of wealth in fewer hands? Earlier in this century, Thorstein Veblen noted that the defining habit of the “leisure class” was waste: The wealthy engaged in futile displays to show how much they had. In Veblen’s view, the endless curved driveway with a fountain display was attractive because it wasted a lot of land and showed an indifference to the principles of economy and efficiency. These were the defining characteristics of the aristocracy. These problems raise fundamental questions about the ways people pursue and exchange wealth and power, and about the ways societies and their economies are governed. 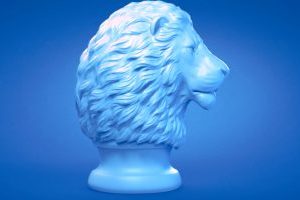 Our democracy has devolved into a plutocracy that predominately enriches those at the top. Corruption benefits the few at the expense of the many; it delays and distorts economic development’ and ‘pre-empts basic rights and process’. The fountain was once purely functional as a basin for water, but has now become a status symbol of empowerment. Examining the fountains history as a valued liquid such as water and how it became a symbolic role for worship of empire and power. An object, which depicts just how corporate power, came into the political system and how the “leisure class” engage in such displays to present their riches.